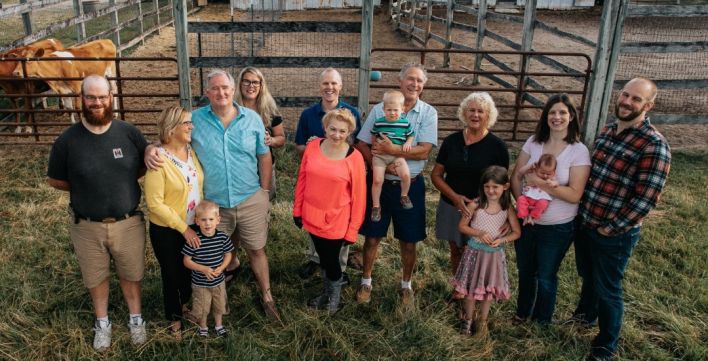 Is your family a food “label reading” family?

Ours didn’t used to be, but we are now. We carefully scrutinize labels, and often just have to shake our heads and sigh, taking what is available even though it isn’t good, or what we really want to be in our food.

Why do we read labels now?

We’re farmers, multi-generational farmers; I’m 4th, my sons are 5th, and I hope my grandsons will become 6th generation farmers. My dad and I raised about 4,000 acres of corn and soybeans until severe pesticide exposure forced us to stop. We became quite ill, and if we’d kept going we would both have died. Pesticide exposure ultimately caused dad and I to have adrenal failure, along with a whole host of other physical problems. Therefore, we became a “label reading” family.

Once we realized that food found in the grocery aisles has latent pesticides and radiation and that pesticides were a big part of our illness, we began growing our own food including chicken without any pesticides. We learned “food is medicine” that most of us take three times every day, and we must have good medicine to heal our bodies.

It is this thought and realization that drives us to this day; raising health-promoting food/medicine. We know that we have been blessed to be among the few who know how to raise food which is health-promoting, and we want to share the benefits we’ve enjoyed by having at least one thing we eat for which we didn’t have to read the label.

Not having to read the label and worry about what has been done to “that” chicken and how it was raised, has been a wonderful improvement in our lives. As Kirsten and I considered this idea of raising food/medicine and the improvement, we decided we needed to share what we do with our community. And as we went along we also realized we could have a positive impact on far more areas of people’s lives than we ever thought.

It is this realization that led us to the core focus of Heath Farms; “Improving the world one chicken at a time.” We thought if we improved by just one-single-chicken, and if each single chicken we raise, all the broth we make, and the way we treat the land and our employees had that focus and attention, we really would be improving the world.

Kirsten and I invite you to join us in having at least one food that you just flat-out-trust enough to never even need to look at the label. We invite you to vote for improving the world and improving your family’s health with your food dollars, and join our cause to “Improve the world one chicken at a time.”

"I love, love, love Heath Family Farms. When I first met “Farmer Bob”, I was impressed by the way his eyes light up when he talks about his chickens.

As I came to hear the rest of the story, I was even more impressed. Due to personal experiences with the dangers of agricultural chemicals, Bob and his family of farmers developed an authentic, multigenerational passion for healthy, sustainably raised food.

"I have had the great pleasure of knowing the Heath Farms Family, Bob, Kirsten, and their son Rob.

What makes the Heath’s so special is their commitment to family values, the environment, and the health of their customers.

They are unwavering and unapologetic for their steadfast commitment to quality and what is always right, and it shows in the business they have built. Heath Farms is truly a family business that is improving the world in more ways than one."

"As a physician who focuses on preventing disease and optimizing health, I believe in the mission of Heath Farms. They are beyond humane with their happy birds and put their hearts and souls into their clean, sustainable farming practices.

They started their farm to improve the health of their father and now serve us all by improving the health of the community. I admire Rob's passion and it is an honor to support them in their mission." 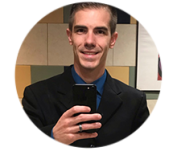 "Heath Farms has what we're always looking for - an incredible product that is ethically raised and improves people's lives. When it comes to food, you need to know your farmer, and it's an honor for us to know Farmer Rob. Meijer Capital City Market, Lansing."

"Searching for your dream job is like looking for buried treasure. If you’re really lucky, you’ll find a guide with a parrot on his shoulder who knows where to dig. For me, that guide was Bob Heath.

A farmer with a chicken under his arm and a treasure chest full of Midwestern values. The type of values your Grandparents taught, such as “love what you do, walk humbly and be kind to others”.

I am thrilled to be working for a company that shares my passion for servant leadership. I finally found home!"

Get great information on the health benefits of pasture-raised chickens and stay up to date on our latest sales and promotions.